Depaul USA has five programs in Philadelphia that provide services for individuals and families who are experiencing homelessness. 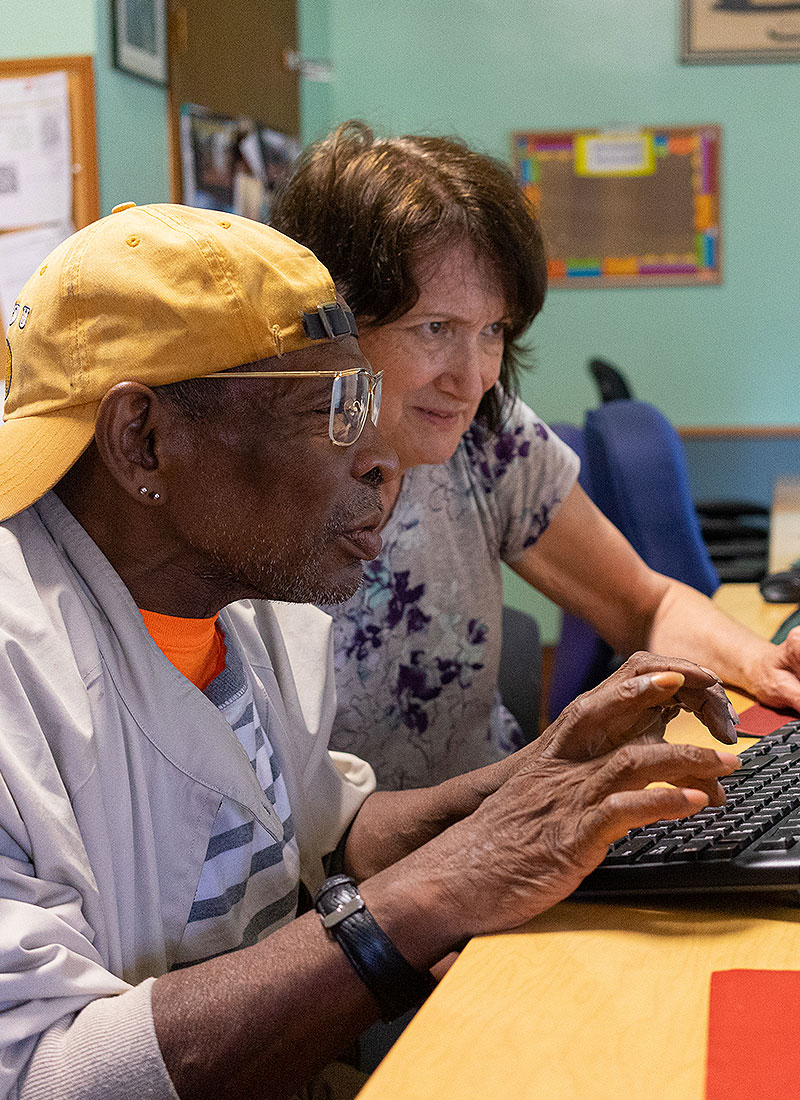 Depaul USA’s first program, Depaul House, is a 27-room recovery house for men in Philadelphia. All referrals originate with the Philadelphia Office of Addiction Services (OAS). This program is innovative in its employment-focused approach to help men move out of homelessness. It seeks to achieve systemic change: breaking the cycle of poverty by working with people who are living on the margins and integrating them into the community.

Depaul USA opened St. Raymond’s House in 2015 to provide supportive housing for 27 men and women with chronic medical conditions and a history of housing instability. Staff work with residents to identify goals that will help them maintain their tenancy. St. Raymond’s House, is located in the East Mount Airy neighborhood and hosts an on-site medical clinic one day per week staffed by students from Drexel University College of Medicine.

Next Chapter Project is a year-long transitional housing program for young adults (ages 18-24) who are interested in gaining a secondary education. Participants live in 1 of 5 scattered-site rowhomes in Philadelphia with 2 other Next Chapter participants. During their time in the program, young adults have the opportunity to explore what field they’d like to enter.
For more information contact Jon Galdames-Henry at jon.galdames-henry@depaulusa.org

77% of the residents completed the program and moved to permanent housing.

95% of the residents increased or obtained benefits

96% of the residents remained housed for more than one year.

85% remained housed one year after leaving the program.

Herbert could no longer afford rent and was evicted from his home. He sought help from Depaul USA and we provided him with a room at Depaul House. Herbert’s goals were to improve his health, get a job, reconnect with his family and move into his own place. While working on these objectives, Herbert became overwhelmed. He started using drugs. Herbert wanted to enroll in a residential drug treatment center but he was afraid he would lose his room at Depaul House. We assured Herbert that he could return to Depaul House when he finished the treatment program.

Thirty days later, Herbert returned to Depaul House with a smile on his face saying he felt stronger than ever before. Currently, Herbert is doing well. He continues to attend outpatient treatment and has a full-time job at a local college. He reconnected with his family and moved into his own apartment. He says, “Depaul USA believed in me even when I could not. I can’t believe that I have my own place!”